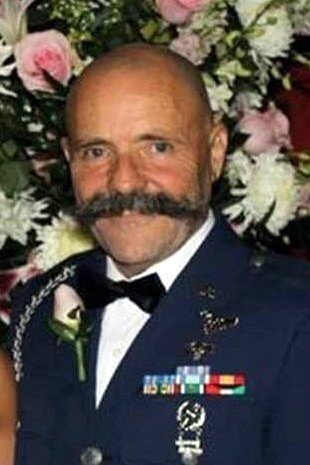 John F. Olski (Jack) was born October 30, 1954 to Catherine and John Olski of Keansburg, New Jersey.  Jack was one of six children.

Jack joined the Army in January 1976 and was assigned to the 128th Combat Support Hospital in Germany as an army medic. He joined the Army Reserves in January 1979 then the Air Force Reserves in May 1984 with the 69th Aeromedical Evacuation Squadron as a flight medic. Jack was called to active duty with the 37th AEG December 1990 for Desert Storm in support of the Persian Gulf War. Following active duty deployment, he returned to Reserve status with the Aeromedical Evacuation Squadron in Tampa, FL until retirement in 2001.

Jack was married to Ellen for 35 years and had two children, Patrick and Diane.  Jack attended FIT and graduated with a BS in Mechanical Engineering.  Jack retired last year from Patrick Air Force Base 45th Squadron Space Wing after many years of dedicated service.

As a loving father, Jack was involved in events with his children to include Indian Guides, Boy Scouts, Karate, and Gymnastics. His biggest love was the outdoors where he enjoyed hiking and camping with his family.

Jack, known as Duct Tape, was a lifetime member of the Combat Veterans Association (CVMA) since 2007 where their motto is “Vets helping Vets”. His greatest joy was to ride with the CVMA family on their motorcycles to multiple events where he would go on to meet some of his best friends.

He will be missed by many and will live on through his wife Ellen, son Patrick and daughter Diane along with his family and friends.

To send flowers to the family or plant a tree in memory of John Olski, please visit Tribute Store

Share Your Memory of
John
Upload Your Memory View All Memories
Be the first to upload a memory!
Share A Memory
Send Flowers