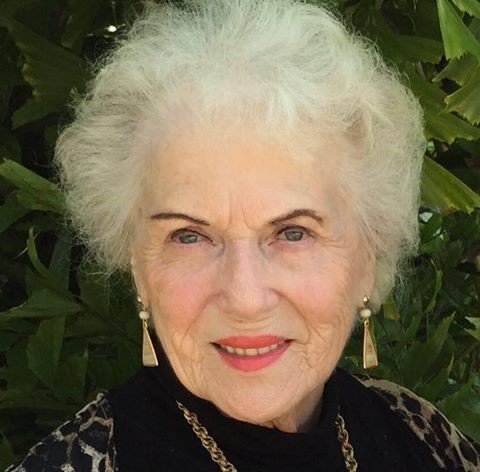 She was born on September 28, 1934, in Lynch, KY, daughter of the late Enoch Flanery Frazier and Sarah Elizabeth Boatright Kuhn.

As a young child, Jo was raised in Lynch, Harlan County, KY, and in Uz, Letcher County, KY, but ultimately she ended up in Detroit, MI, by the time she was a teenager.  She married her first husband, Harold Caudill, in Toledo, OH, on December 22, 1952.  She graduated from Western High School in Detroit, MI, in 1953 while her newly wed husband was serving overseas in the US Army during the Korean War.

In 1954, Jo and Harold moved to Melbourne from Detroit, MI, after he was discharged from his service in the US Army.  She was very active in the community, socially and politically, for most of her life.  She loved making floral arrangements and was a charter member of the Jasmine Circle of the Melbourne Garden Club which was formed in 1954.  During her early years, Jo helped many local candidates with their political campaigns.  In 1975, she ran for the District 4 seat of the Melbourne City Council against the incumbent and two other candidates, and came in second in the four-way race.

Jo was a real estate agent in Brevard County for 52 years and from 1987 until 1999 she owned her own real estate office, Joel Realty.  Pronounced Jo-El, it was named for herself, JO, and her brother, (EL)mer.  She also owned a security company, Saturn Security, with her last husband, Jim Roll, from 1994 to 1999.  Jo and Jim were married on November 15, 1987, in Melbourne, FL.

Jo loved people and animals, especially large cats (tigers, lions and leopards).  She often wore clothes and jewelry depicting these large cats.  She loved helping people whenever and however she could.  She was a very optimistic person, always seeing the good in any bad situation.  She was also a dreamer, always planning what she would like to do next and setting lofty goals which were often difficult, if not impossible, to achieve.

until the time of the service.

Interment will be in the Cape Canaveral National Cemetery, Mims, FL.

To send flowers to the family or plant a tree in memory of Josephine Caudill Roll, please visit Tribute Store