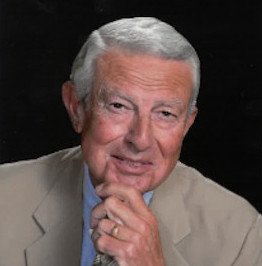 Born in Trenton NJ, the son of the late Felix and Angelina (Fasanella), Nick was a 1956 graduate of Trenton High, a Trenton Junior College graduate, and attended Philadelphia Museum College of Art. He was also a member of the National Guard. He married his high school sweetheart Virginia (Burkus) in 1962. His first career was at Gropp’s Hardware in Hamilton, then as a Draftsman at Delaval. He next took a position at Shop Rite of Pennington where he was then recruited into Sales at Proctor & Gamble; leading to a 28 year career with P&G. He relocated his family to Cincinnati Ohio, then returned back to New Jersey where he spent 30 years in Flemington. The family spent many summers at the Jersey Shore. Ginny and Nick retired to Long Beach Island in 2001, before settling in Melbourne Beach in 2010 to be close to their beloved grandchildren. Always interested in meeting people and having meaningful conversations, Nick enjoyed travel to flea markets and was an avid collector of Breweriana. A man of deep and abiding faith, Nick was an usher at Immaculate Conception RC Church, Melbourne Beach FL.

To send flowers to the family or plant a tree in memory of Nicholas Antonio Venanzi, please visit Tribute Store
Print
Share A Memory
Send Flowers