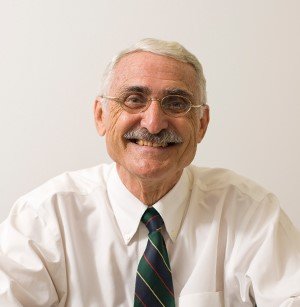 Obituary of Dr. George A. Maul

George August Maul was educated in New York, earning a Regents Diploma at Brooklyn Technical High School, a Bachelor of Science with honors, from the State University of New York Maritime College at Fort Schuyler, and an unlimited tonnage U.S. Coast Guard license as third mate upon oceans. He was granted the Doctor of Philosophy Degree in physical oceanography by the University of Miami.

Upon graduation from the Maritime College, George was commissioned Ensign in the U.S. Coast and Geodetic Survey (now the NOAA Commissioned Officer Corps). During his nine years of uniformed service, he rose to the rank of Lieutenant Commander, and served as officer-of-the-deck, executive officer, geodetic astronomy party chief, operations officer, and Miami Ship Base officer-in-charge.

Dr. Maul was a research oceanographer at the NOAA Atlantic Oceanographic and Meteorology Laboratory in Miami, and later a supervisory oceanographer in the Lab’s Physical Oceanography Division. During his twenty-five years in NOAA, he received five outstanding performance awards, and three distinguished authorship awards. He is the author or coauthor of over two hundred refereed journal articles, technical reports, book chapters, conference abstracts, editorials, and eight books. He is a recipient of the Albert Nelson Marquis lifetime achievement award, and is listed in “Who’s Who in America”.

George was active in international marine science, serving two terms as vice chairman of the Subcommission for the Caribbean and Adjacent Regions of the Intergovernmental Oceanographic Commission of UNESCO. He organized and chaired the Caribbean Tsunami Warning Group of Experts, serving also as a member of the Global Sea Level Observing System, and as chairman of the Joint Task Team for Climate Change in the Wider Caribbean Region of the United Nations Environment Programme.

After leaving federal service, Dr. Maul joined the faculty at Florida Institute of Technology as professor of oceanography and head of the Department of Marine and Environmental Systems. He served as department head for over twenty years, and created the program in meteorology and the program in earth remote sensing. During his tenure at Florida Tech, he was elected a fellow of the Marine Technology Society, and elected a fellow of the American Meteorological Society. Professor Emeritus Maul is the recipient of two Faculty Senate excellence awards: teaching, and service. He is past president of the Florida Tech chapter of The Honor Society of Phi Kappa Phi, and is a member of Omicron Delta Kappa, and of Sigma Xi. He is a once-yearly medalist of the Florida Academy of Sciences.

George is past president of the Southeast Coastal Ocean Observing Regional Association (SECOORA) of the U.S. Integrated Ocean Observing System at NOAA. He has also volunteered for SECOORA as treasurer, and continues as a member of the finance and audit committee. He was on the board of the Florida Institute of Oceanography, and is a past board member of the Marine Resources Council.

Dr. Maul was active in the community as an adult volunteer with the Boy Scouts of America. He has served as cubmaster, chartered organization representative, unit commissioner, merit badge councilor, Order of the Arrow chapter advisor, and district commissioner. His volunteering earned him the Silver Beaver Award, the Vigil Honor in the Order of the Arrow, the Daniel Carter Beard Masonic Scouter Award, and the National Eagle Scout Association Outstanding Eagle Scout Award.

George and his wife Carole are members of Saint Sebastian’s by-the-Sea Episcopal Church in Melbourne Beach. George has been licensed by the Episcopal Diocese of Central Florida as a lay Eucharistic minister, sometimes also serving as thurifer. He was honored with the Saint George Award of the Episcopal Church for his efforts with youth.

Carole and George have been married for 58 years. They have two daughters, Anne Richards and Patricia Maul, grandson Christopher Maul, and son-in-law Robert Richards. The Mauls have lived in Norfolk, Ellsworth, Seattle, Jacksonville, Coral Gables, South Miami, and Melbourne Beach. Eagle Scouts Christopher and George relished a decade of Scouting together. George enjoyed reading, family visits, Scouting, and walks on the beach; he will be cremated and his ashes buried in the memorial garden at Saint Sebastian’s.

Share Your Memory of
Dr. George
Upload Your Memory View All Memories
Be the first to upload a memory!