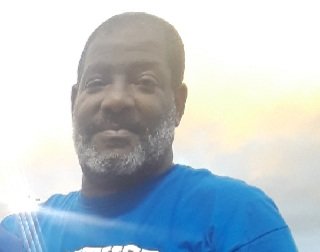 Bennett James Haslerig was born July 13, 1964 to late Lonnie Haslerig and Charliemae Fullerton Haslerig in Chicago, Illinois. He was the baby boy of four children.

Bennett graduated from high school in 1982. He joined the United States Army after graduation and served until 1992. He also did a tour in Desert Storm.

He later moved to Rockledge, FL in 1997. In 1998, he worked for Space Coast Hospital as a truck driver. He picked up a second job at Florida Today also as a truck driver and later picked up a third job at McDonald’s. Bennett worked all three jobs to support his family!

In 2011, he moved to Palm Bay, FL where he resided for the rest of his life. HANDS DOWN THE BEST HUSBAND AND DAD EVER!

Bennett loved his family dearly with that unconditional love. He would give his shirt off his back for his Family. He will always be missed and very much loved FOREVER!

To send flowers to the family or plant a tree in memory of Bennett Haslerig, please visit Tribute Store
Print
Share A Memory
Send Flowers