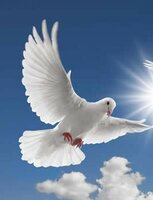 He was born in Maine and adopted by Anna Cecelia Williams Platt and Harrison Platt.

Fred was known to many as a kind and compassionate soul. Fred spent 60 rewarding years as a manager for the Robert Baker Nursery in West Suffield, Connecticut. Fred served his country in the Air Force.  Fred’s most gratifying time was working with a ministry in Mexico for an indigent camp teaching the children life skills and providing education. The kids teased Fred as he worked alongside them cooking and washing dishes while the adults looked forward to Fred‘s infectious humor. Fred generously sponsored many students and he was thrilled when one of his protégés became a doctor. Fred was an avid saltwater fisherman, and he came home with many “tall tales” of his adventures. Fred was always passionate about being part of the church family starting as a young boy at the Trinity Church in Tariffville, Connecticut. His last homage to Christ was as a member of the Vestry at the Church of our Savior in Palm Bay. His spirit and character were reflected in his service as a past Master Mason, a Shriner, a member of the American Legion, and the VFW.  Fred touched so many with his warmth, affection, and generosity.

Fred is survived by his loving wife Beverly Jones Platt and his adopted daughter, Paulina. She was the shining light in his life, which led him to volunteer for the Special Olympics in Palm Bay. Fred was preceded in death by his sister, Linda Platt Blood and his son, Frederick Platt Jr. Fred is survived by Fred Jr.’s children: Colin, Walker, Brooklyn, Kendalyn and her beloved Belle-Skye Platt from Virginia Beach; his son John Platt and his children Dalton, Johnathan, Kayla, and Arron; his daughter Candace Platt Getler and her children Stephanie, Patrick, and Maggie. He leaves behind many friends and relatives.

A memorial service will be held on Sunday, October 31st at the American Legion Post 117 at 189 Veterans Dr., Palm Bay at 1:00 PM. In lieu of flowers, donations can be made to the ministry of Pastor John and Betty at the Zihuatanejo Christian Fellowship in Mexico, Trinity Church in Tariffiville, Conn., Church of Our Savior in Palm Bay, and the following organizations: Masons, Shriners, American Legion, and the VFW.