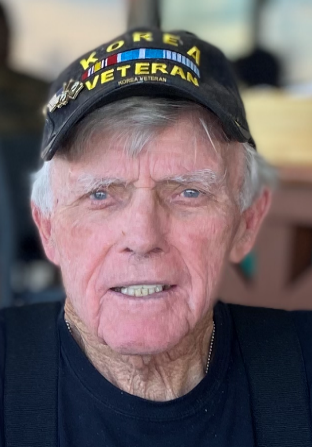 Daniel Vernon Cahoon Jr. was born on June 14, 1937 in Providence, Rhode Island and passed away on September 19th 2021 in Rockledge, Florida. Dan was raised by his mom, Helen in Providence but left school in 1954 at the age of 16 to enlist in the U.S. Army. He was stationed in Korea during the Korean war conflict. After his U.S. Army commitment and a brief separation, he enlisted in the U.S. Marine Corps. Dan was medically discharged from the Marines in 1959. Later he served in the Rhode Island National Guard’s 861st Engineers. Dan was very patriotic and proud of the time he served his country.

After separating from the military Dan moved back home to Oakland Beach, Rhode Island. It was there that he met the love of his life, Francine Anne Levesque. They dated for approximately 6 months and married in October of 1960.

Dan and Fran bought their first home in 1961 and settled in Coventry, Rhode Island to start a family. Together they raised four boys Dan, Jim, Steve and Troy. Dan was a strong family man and often worked long hours to support his family. Dan worked primarily in the trucking industry in various driver positions throughout his career such as a long haul trucker, a greyhound bus driver, chemical transportation driver and a dump truck driver.

In 1976 the Cahoon family packed up all their belongings and moved to Orlando, Florida where they stayed for a short two year period before returning to Coventry until 1983. Once again they headed back to sunny Florida where they bought a home in Malabar and lived for the next 20 years. When two acres and a home became a chore Dan and Fran downsized and took up residence in Barefoot Bay in Micco. After Hurricane Francis did significant damage to their home they relocated to Rockledge in 2006 where he lived out his remaining days. Here he celebrated and enjoyed many family gatherings over the years.

Dan had been fiercely battling Alzheimer’s for several years until the disease finally took him from his family in September. Dan will always be remembered as a loving husband to Francine, and wonderful father to his four sons, a doting grandfather to his grandchildren, a best friend to his brother and one very strong amazing man to his friends.