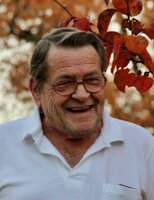 Dale was born in Chapell, NE to Frederick and Addie May Rocker on April 22, 1943. He went to high school at Chapell High. He went on to serve in the U.S. Army at the age of 17 and served for 11 years. After his military career, he worked as a telephone contractor for 30 plus years. Dale was also a Correctional Officer at the Kentucky State Penitentiary for 10 years before retiring.The past 2 years Dale lived a retired life in the sunny state of Florida. Dale was a lifetime member of the VFW, loved fishing, working on stained glass projects, reading and watching old westerns while relaxing with his faithful dog, Princess, by his side.

Dale will be cremated as he wished at Ammen Family Cremation & Funeral Home in Melbourne, FL and his remains will be laid to rest in the Kentucky Veterans Cemetery West in Hopkinsville, KY at a later date to be determined.