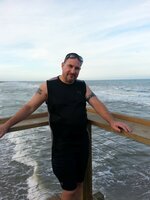 After his parent's divorce in 1966, Robert's mother Lynne would go on to remarry Frank Walendziak. Frank saw Robert as a son and raised him as if he were his own.

In 1983, Robert proudly served in the United States Army as a Combat Engineer (Sapper) at the 3rd Armored Division in Hanau, Germany. He also served as a 12 Bravo Combat Engineer at the 98th Infantry Division. Shortly thereafter, he received his GED.

Robert started his career in the automotive industry over 25 years ago. He worked his way up from mechanic in various automotive dealerships to Service Director at Boniface Hiers Kia. He truly enjoyed his job and the family he worked with.

Robert was an avid NASCAR fan. His favorite driver was none other than #19, Martin Truex Jr. His hobbies included axe throwing (He was the Backyard Summer Axe League Champion), fishing, soap making, roller derby, bike riding, and traveling. He also played semi-pro football with the Glove City Colonials and the Amsterdam Zephyrs into his early 40's.