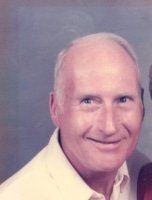 Brevard resident since 1983 Born in 1926 in Detroit, MI Retired Electrical Engineer, Inventor Mr. Vogt enlisted in the Army Air Corps in 1944 as a PAC (pre air cadet). When he was called to active duty, no more pilots were needed so he ended up in air to ground communication. After the war he attended Michigan State University and in 1950 received a Bachelor Degree of Science in electrical engineering. After graduation he went to work for Boeing Airplane Company in Wichita, Kansas, as a test electronic engineer and worked on the B47 bomber. He stayed in Kansas long enough to meet his wife of 66 years, Ruth. In October 1951 they were married. In July 1951 he returned to Detroit, Michigan, and started working for Northern Engineering Corporation. A manufacturer of electric overhead traveling cranes as Chief Electrical Engineer. Mr. Vogt has several patents on electrical hoist controls. He stayed with this company for 27 years. Eventually he went in business for himself as a consultant and electrical engineer. Mr. Vogt was an avid tennis player winning gold medals in both Michigan and Florida in the Senior Olympic Games. In 1997 he won a silver medal in the National Senior Olympics in Tucson, Arizona. Mr. Vogt is survived by 4 children, David A. Vogt, The Woodlands, Texas, Mrs. Diane Dalton, Eagle, Michigan, Mrs. Marilyn Hutchison, Palm Bay, Florida, and Mrs. Carolyn Klingshirn, Palm Bay, Florida; 2 sisters, Kathryn and Henrietta. He also has 3 grandchildren and 3 great grandchildren. Viewing will be at 11:00 am till service at 12:00 pm on Saturday, June 17 at Kaul Funeral Home, 35201 Garfield Rd, Clinton Township, MI.