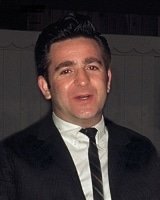 William Armstrong was born July 28, 1932, in Everett, Massachusetts, to his parents Roland Armstrong and Hellen (Fuller). His siblings included john, Edward, Robert, Grace, Madeline and Elroy (Jake) 89 of Lynnfield, Massachusetts. At the very early age of nine, he lost his father due to a brain aneurysm tragically leaving his mother to raise seven children without a father. The family struggled, but worked together in the burrows of Boston, Massachusetts, to make ends meet. Everyone always looked after Billy, especially his brother Jake. Dad served honorably in the Korean War as an aircraft and helicopter mechanic. After his tour of duty, he used those skills along with his education and trade schools to become a master machinist. He spent 25 years working with Northeastern University, Boston, Massachusetts, in the lab department and with Massachusetts Institute of Technology, Cambridge, Massachusetts, as a research machinist developing prototype equipment for design and development of many new technologies now common in the medicine and science fields. This also included cataract laser optics, x-ray and radiation equipment. He was also involved with working with Nasa Apollo program and designed some hardware for their mission. Polaroid was also on the list of achievements for using his skills that help design and develop optical equipment now used by the Army and Navy Defense Department with their infrared, rangefinders and periscopes. He was also accredited as one of three to have founded the First Northeastern University Federal Credit Union, Boston, Massachusetts. Diagnosed with COPD early in his career, he had to take an early retirement and moved from Everett with Debra to Melbourne, Florida, in 1998. Debra continued with her career and business in Florida. At that time William and Wayne had already made their home in Melbourne for many years, William in the Air Force and Wayne continuing his career from Boston as a Master Carpenter and General Contractor. In 2012, Patti Cascio was last to transition to Melbourne, Florida, after seventeen years in sales, to be with her Dad and family. Dad was delighted to have finally all his children close to him making memories as he tried to live his life to the fullest to the end. He will always be remembered as a “free spirit” who loved fun and feasting on homemade foods surrounded by those he loved and cherished with much laughter. William is predeceased by his loving wife Helen Theresa (Chiampi) of Everett and survived by their four children, Debra L. (Morelli) her husband Anthony, William R. and his wife Tammy, Patti J. Cascio, Wayne R. and wife Diane. His nine grandchildren include Erik Costin, Anthony W. Caprio, William Armstrong, Jennifer Stevens, and Aiden Armstrong all of Melbourne, Florida; Michael Cascio of Dennis, Massachusetts, David and Sheena Armstrong of Richmond Virginia, and William Chalmers of San Diego, California. He also delighted in life by his 14 Great Grandchildren Anthony M. Cascio 1st born on his birthday 7/28/2004, Tyler Costin (10), Jesup Chandler (10), Samantha Armstrong (8), Sophia Armstrong (8), Massimo S. Cascio (7), Arianna Stevens (5), Justice Chandler (5), Luke Costin (4), Julien Armstrong (3), Jordan Durette (2), Kayla Armstrong (2), Maribella A. Cascio (7 months), and Jayden Stevens (2 months). Dad(Uncle Billy), was also survived by many niece and nephews. He especially enjoyed fond memories shared and many good times with Jake’s children: Donna Bono, Jimmy, John and Franny Armstrong, and with Bobby’s children: Monica, Nancy, Darlene, Paul and Bobby Jr,. Never to forget his precious four legged loves: Sissy 1 and Sissy 2, his Pomeranian girls that were his constant companions and loves. A usual day with morning drives to the drive thru for coffee and breakfast sandwiches 2 for 2, which sissy thoroughly enjoyed, and continued on to the beach or the parks, which ever sissy wanted!! LOL Not to forget his other family members+óGé¼Gäó four legged loves to include: Gigi, Caprice, Jericho (lovingly referred as Jethro), Bacci, Emmo, Eli & Prince. William recently rededicated his life to Jesus at the Calvary Chapel in Melbourne, and enjoyed his weekly fellowship there. He will be sadly missed by his family and friends, but will “always” be cherished through his legacy of life and spirit that has enriched all who were privileged to be part of his journey. +óGé¼+ôEnjoy your new eternal life Dad, until we see you again we will rejoice that you are at home now+óGé¼-¥. Celebration of Life Services being held at Calvary Chapel Church, Minton Road, Melbourne at 6 PM, Thursday 28 May 2015.